SB Acoustics is not a company but a brand name, which was formed to provide affordable hi-end products to the loudspeaker enthusiast. This was accomplished by marrying the Danish design talents with the manufacturing expertise of Sinar Baja Electric (Indonesia).

​After Tymphany Corporation and Danish Sound Technology (DST) merging in 2005 many industry veterans missed about vigorous collaboration with manufacturers and the thrill of shepherding a product from conception to production. "We're problem solvers and, God help us, we actually thrive on deadlines, so we felt it was time to take all of the talent and experience we collectively have and find new challenges", said David A. Stephens.

Next year, in 2006, Lars Goller and Sinar Baja Electric founded Scandinavian Audio Research (ScAR) (Denmark), in which entered a group of talented and experienced engineers formerly employed by renowned Danish companies such as VIFA, Scan-Speak and DST:

Sinar Baja Electric is a company with three decades of transducer manufacturing experience. It has been producing speaker drivers since 1981. Providing the finest quality at a competitive price to unlock sound for better lifestyle, Sinar Baja Electric has become Indonesia’s largest loudspeaker manufacturer. With a population of more than 250 million people, Indonesia is a significant contributor to global manufacturing.

To this day, Sinar Baja Electric is a privately held group of companies in Surabaya, Indonesia. We develop and manufacture our own range of brands that are offered world wide through our distribution supply chain in major markets such as Europe, Australia, Asia and the United States.

In 1981:  Established in Indonesia with in-house voice coil production

In 1993:  Awarded Honda Prospect Motor as a tier-2 supplier

In 1997:  Awarded as preferred supplier of Yamaha

In 2000:  Awarded Bentley as a supplier. Established in-house painting facility for steel parts

In 2007:  Expansion of factory in Indonesia onto a 5 hectare facility

In 2009:  Formerly known as SCAR changed to Danesian Audio in close collaboration with Sinar Baja Electric

Below is an excellent article from AudioXpress that sheds light on the history of Sinar Baja Electric and its collaboration with Danesian Audio (Denmark). 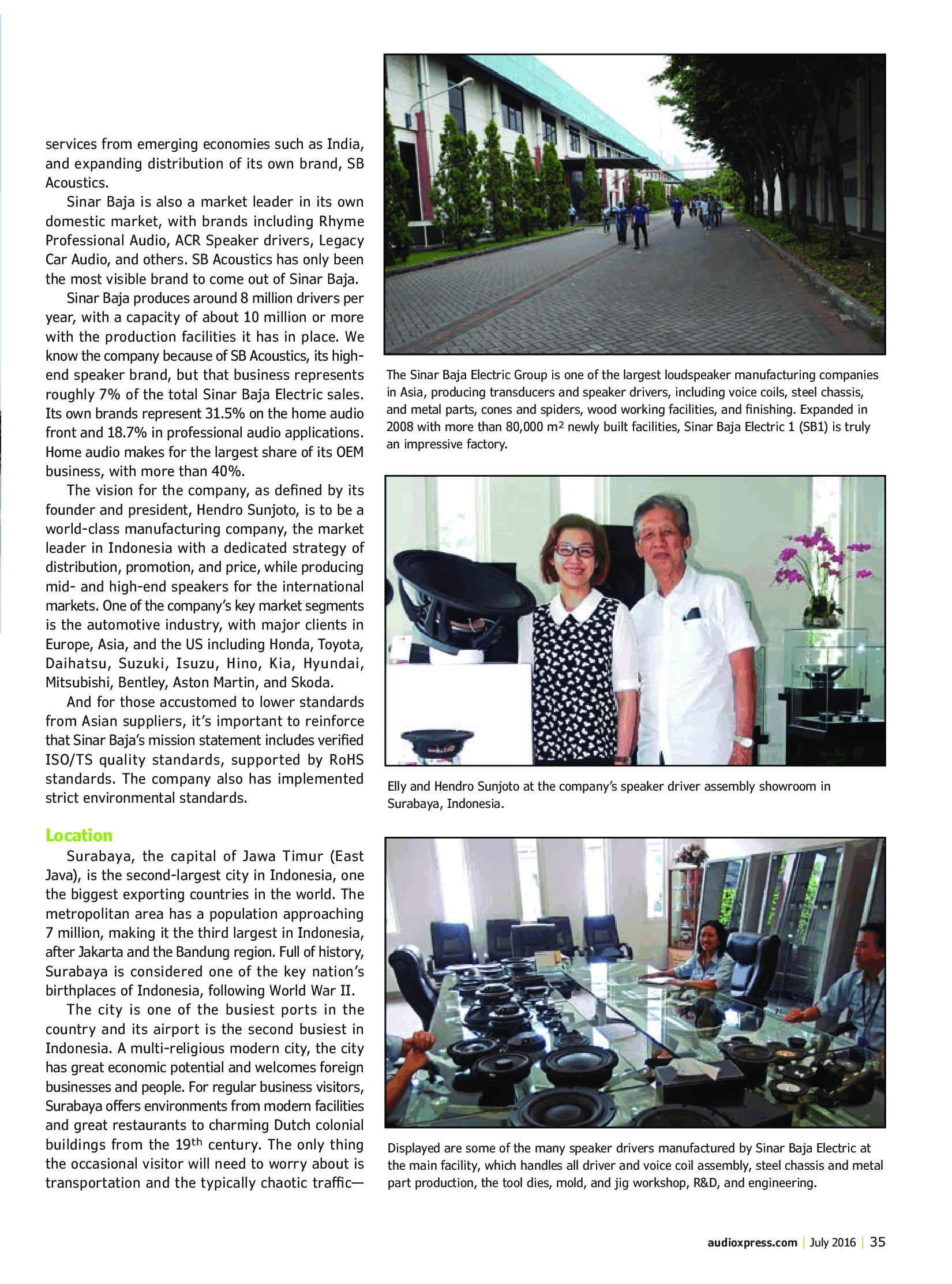 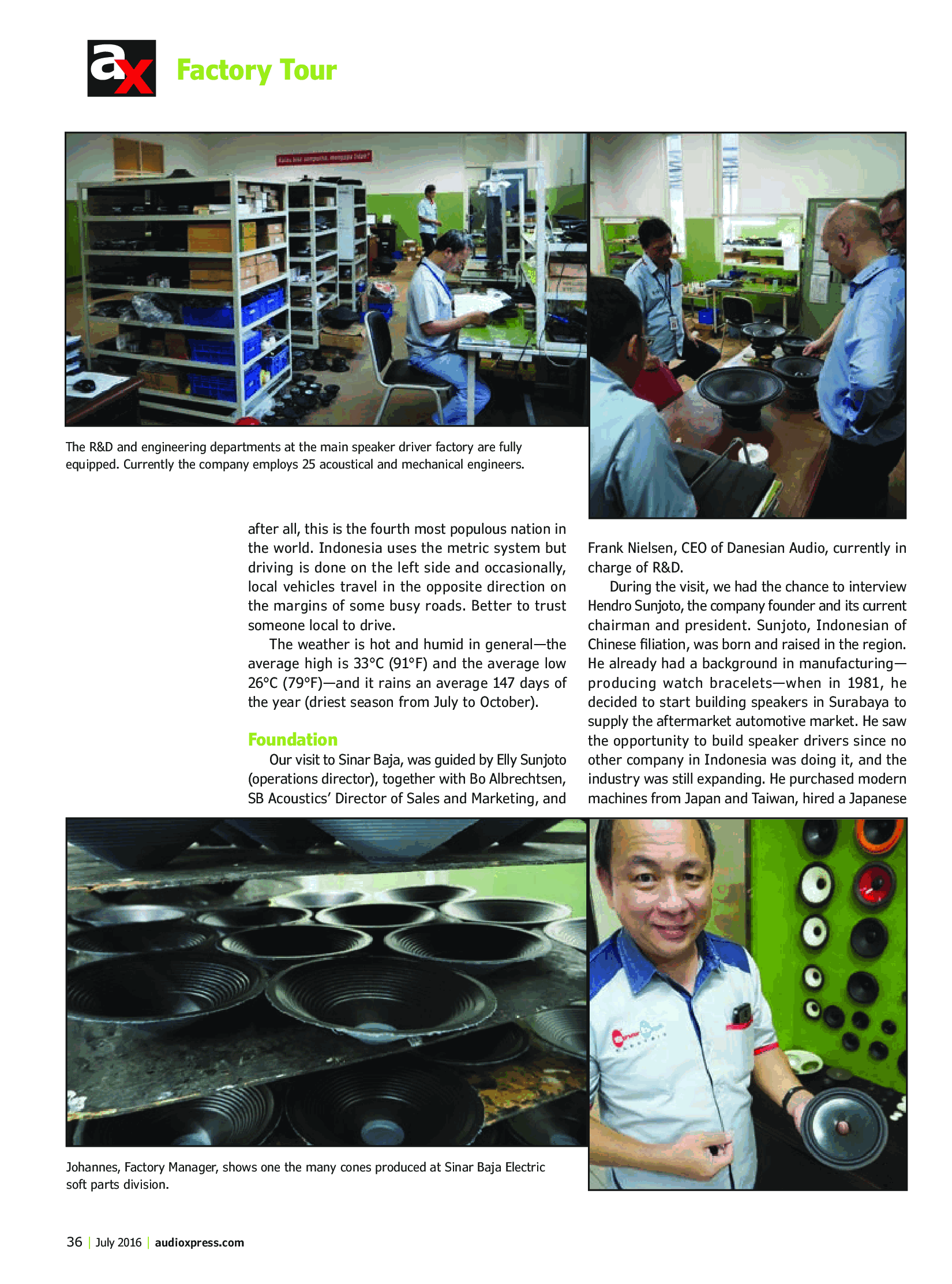 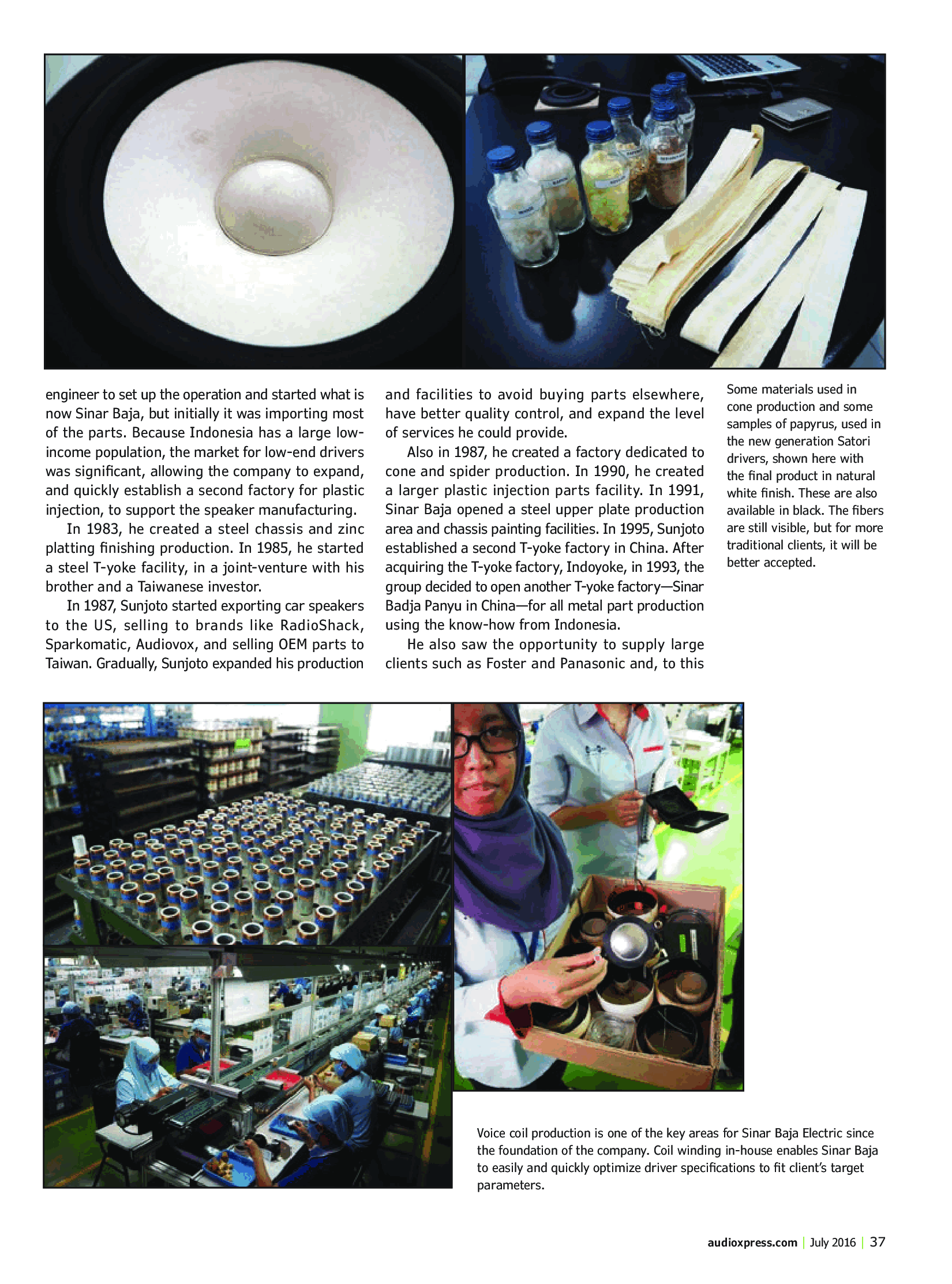 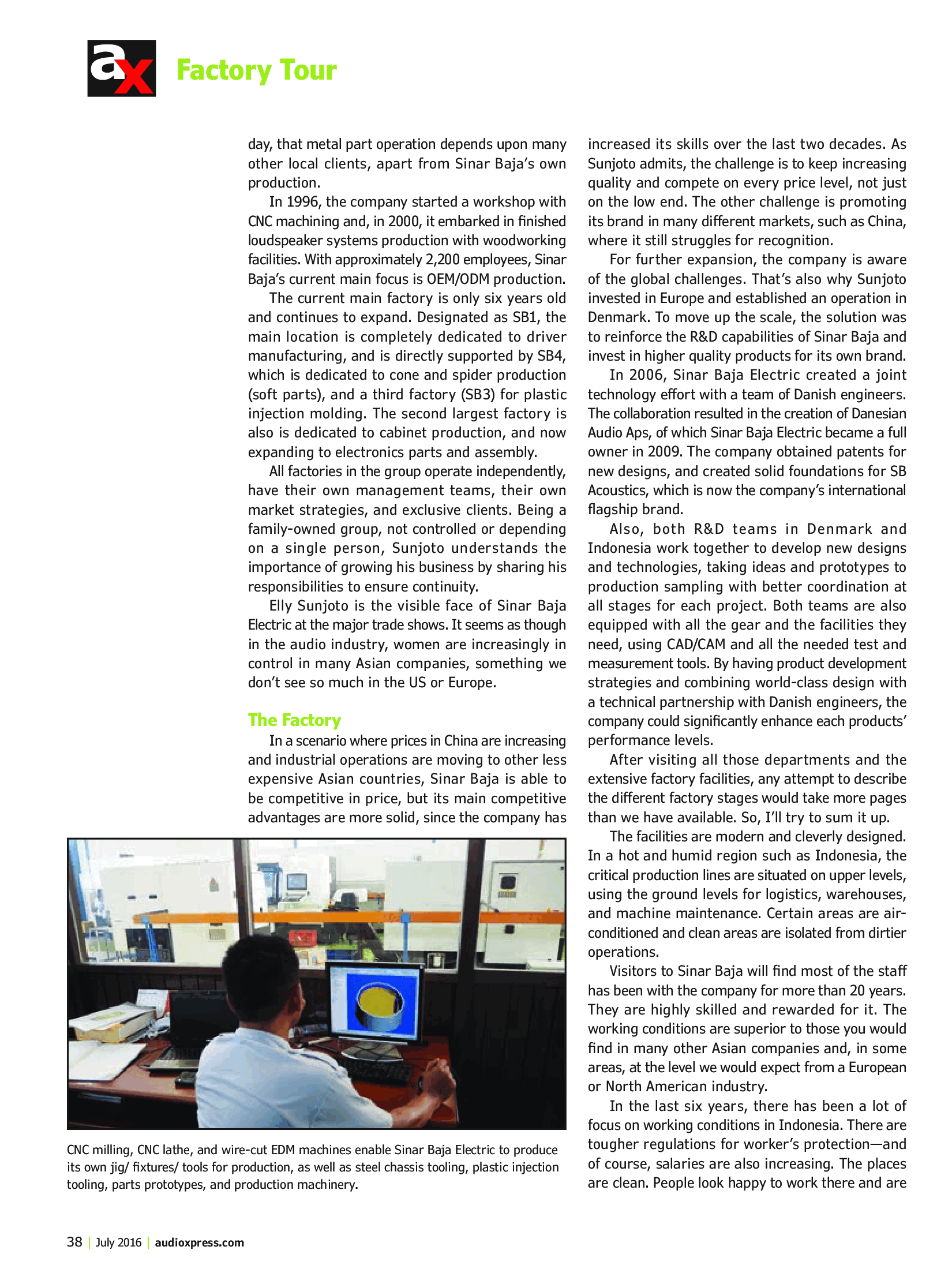 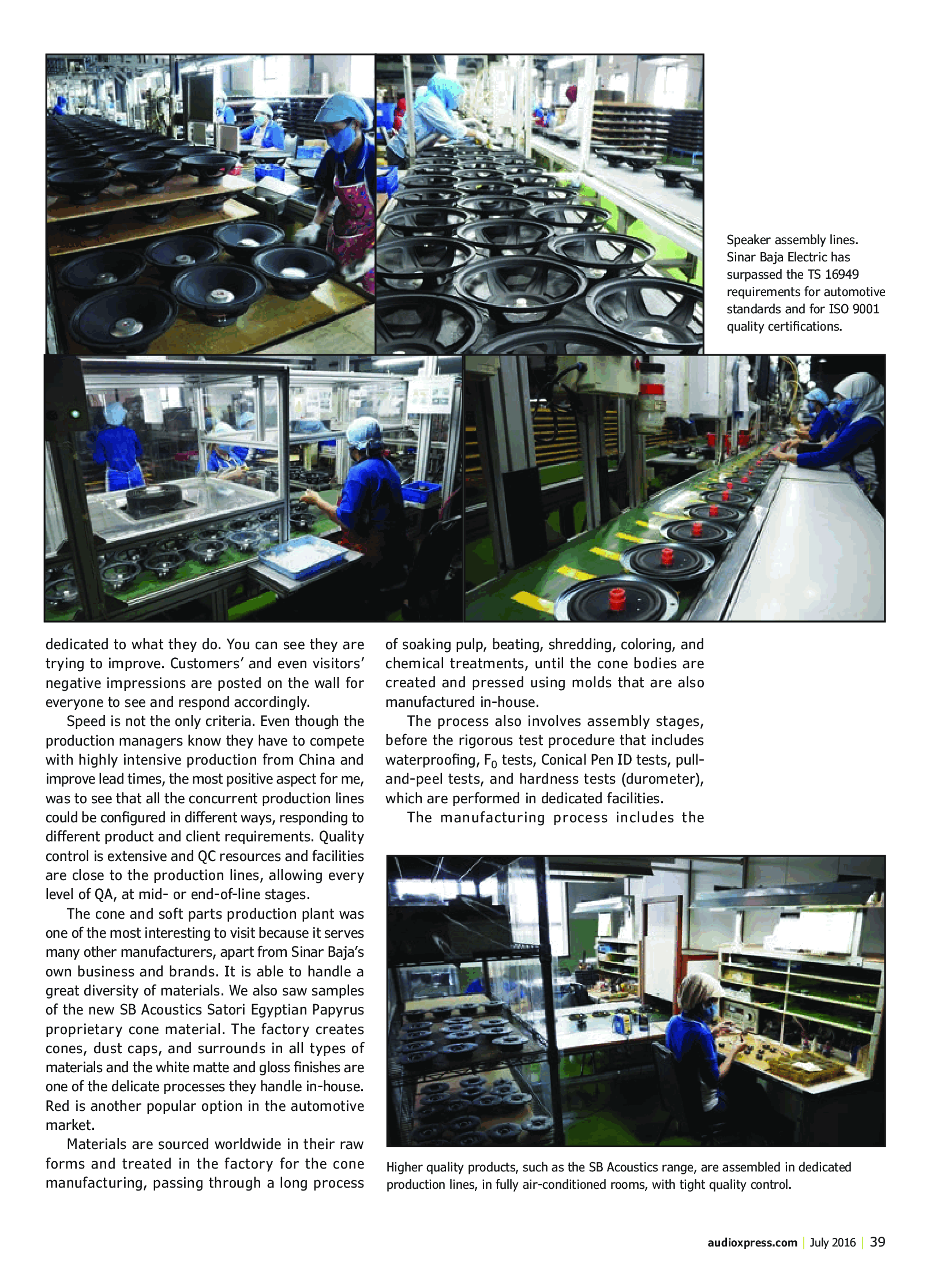 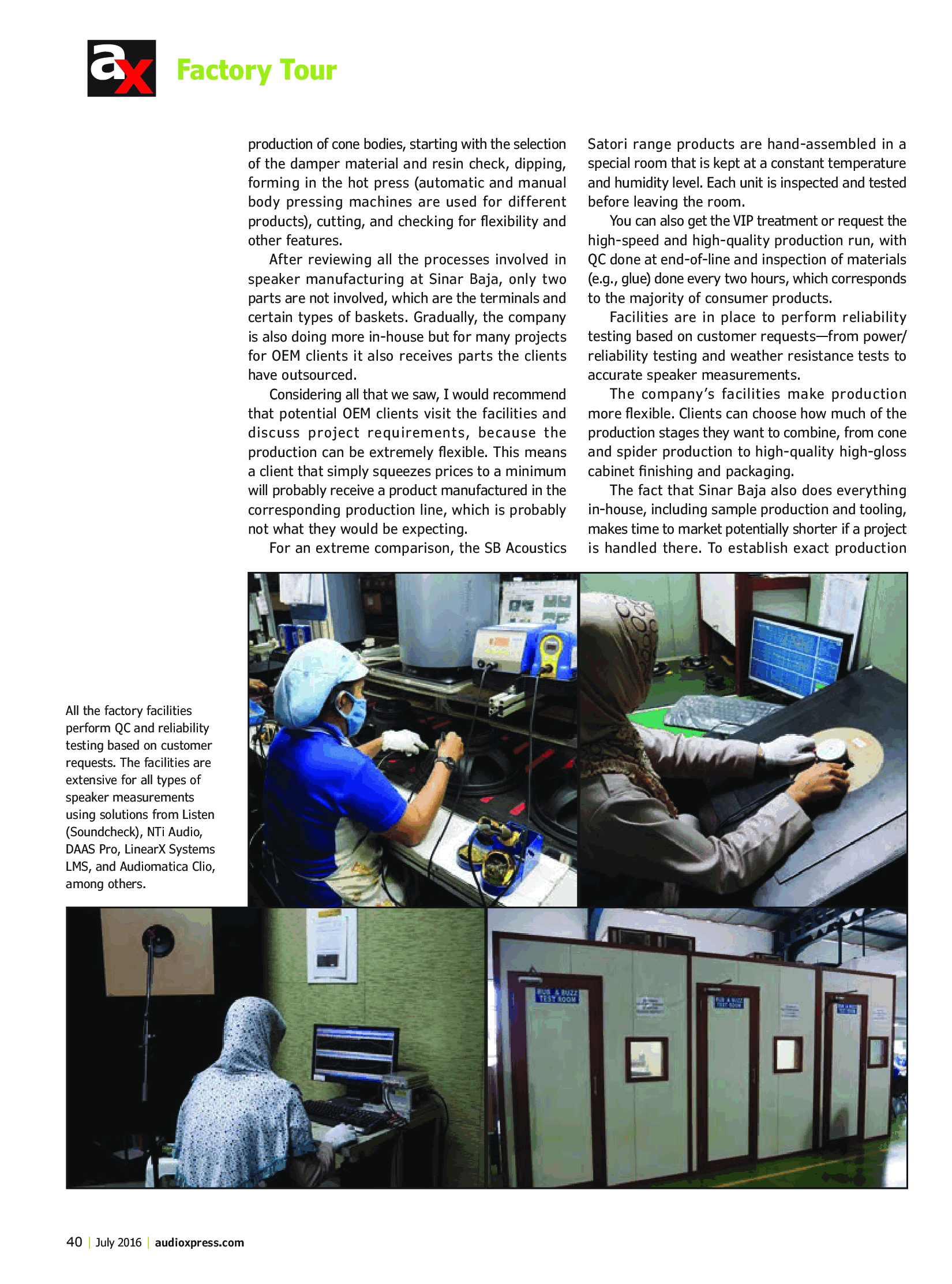 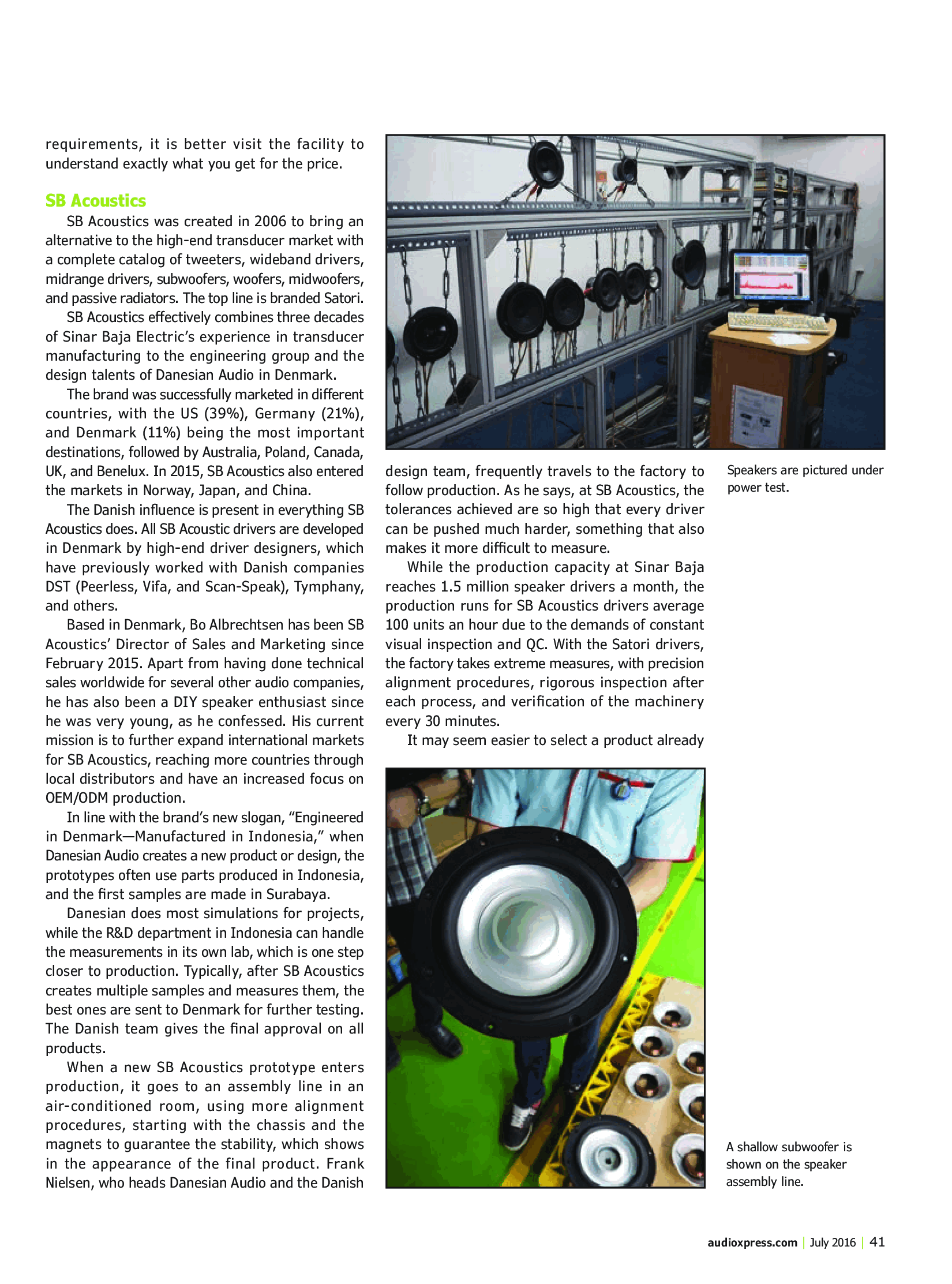 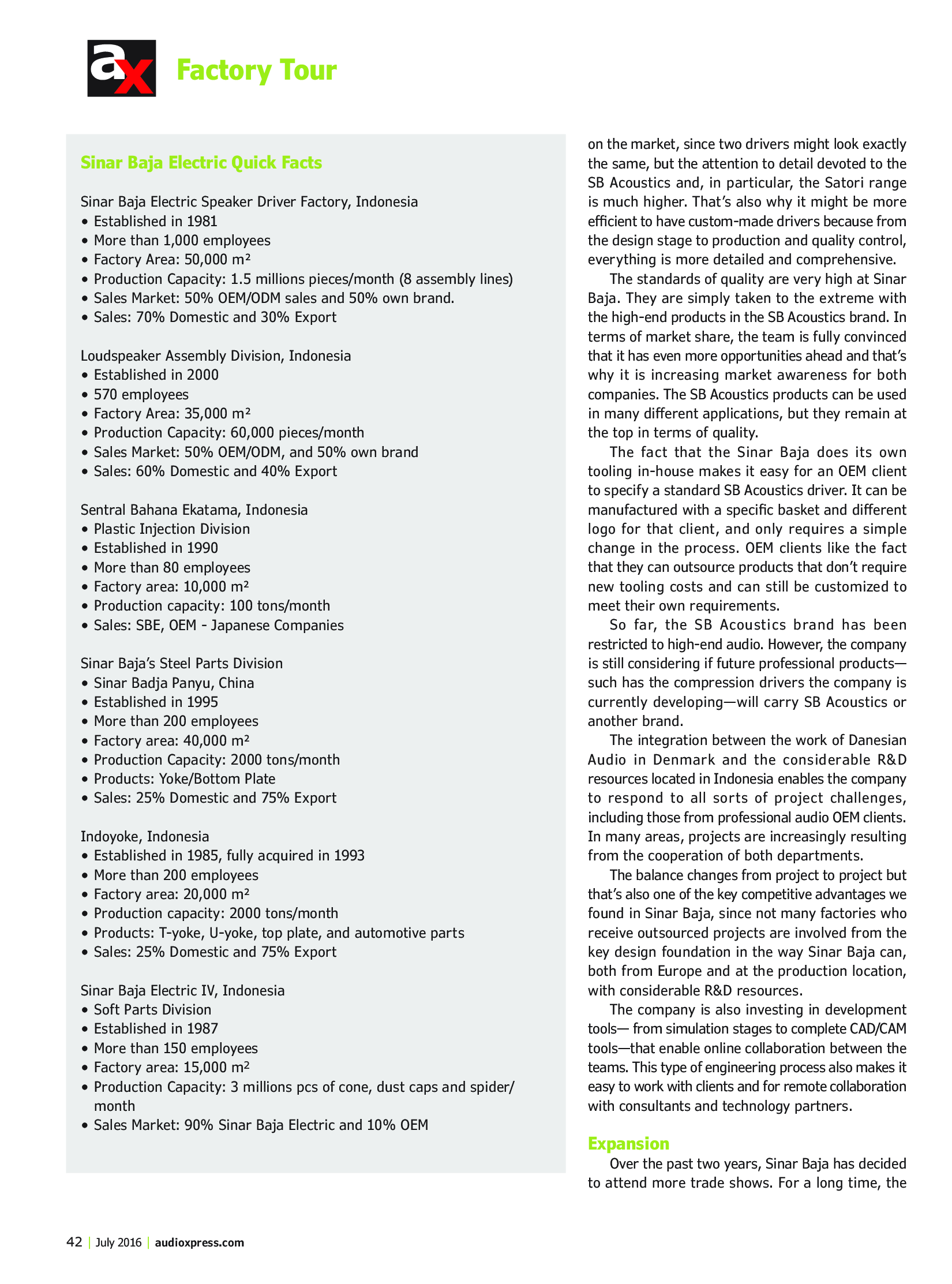 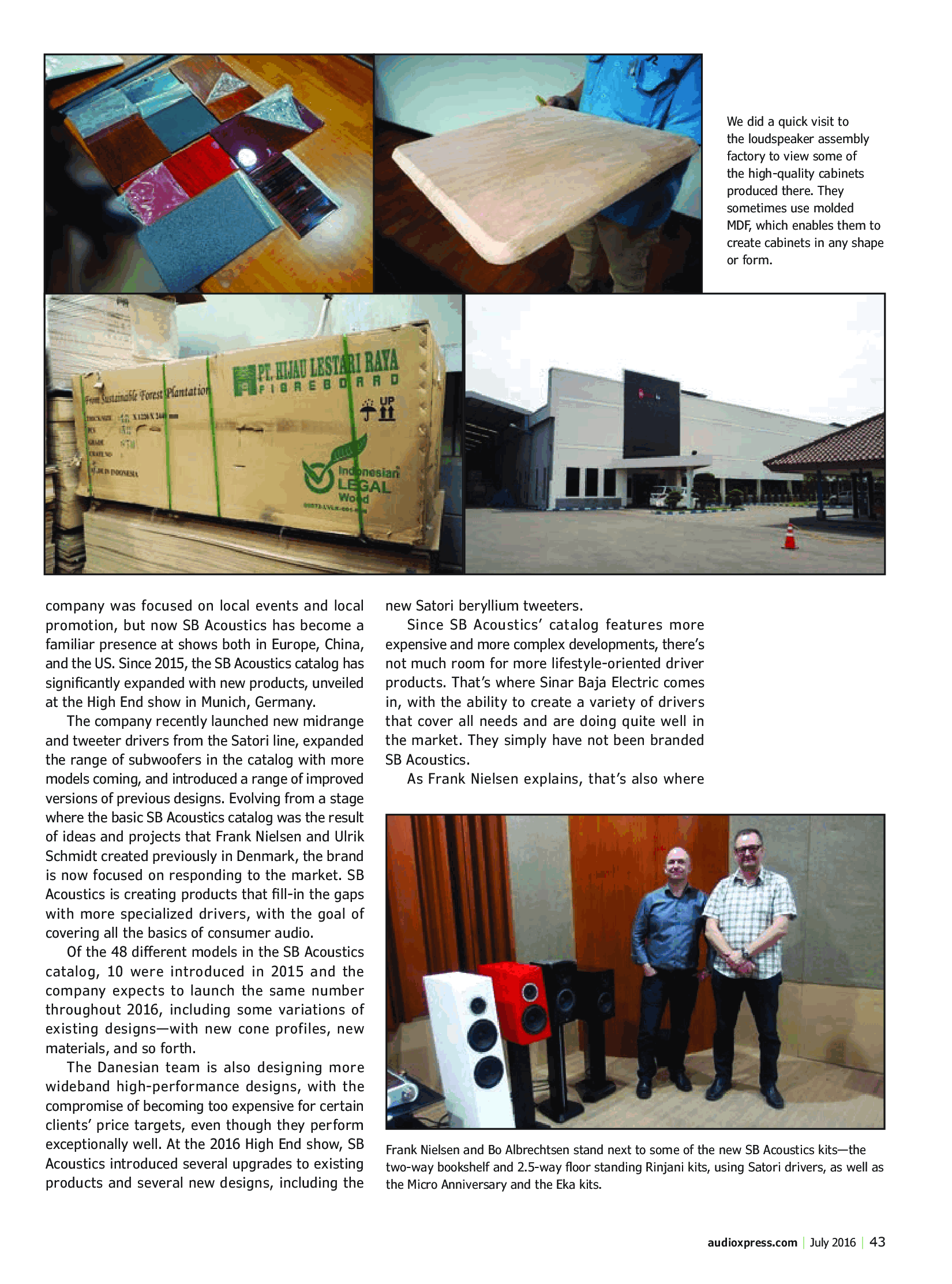 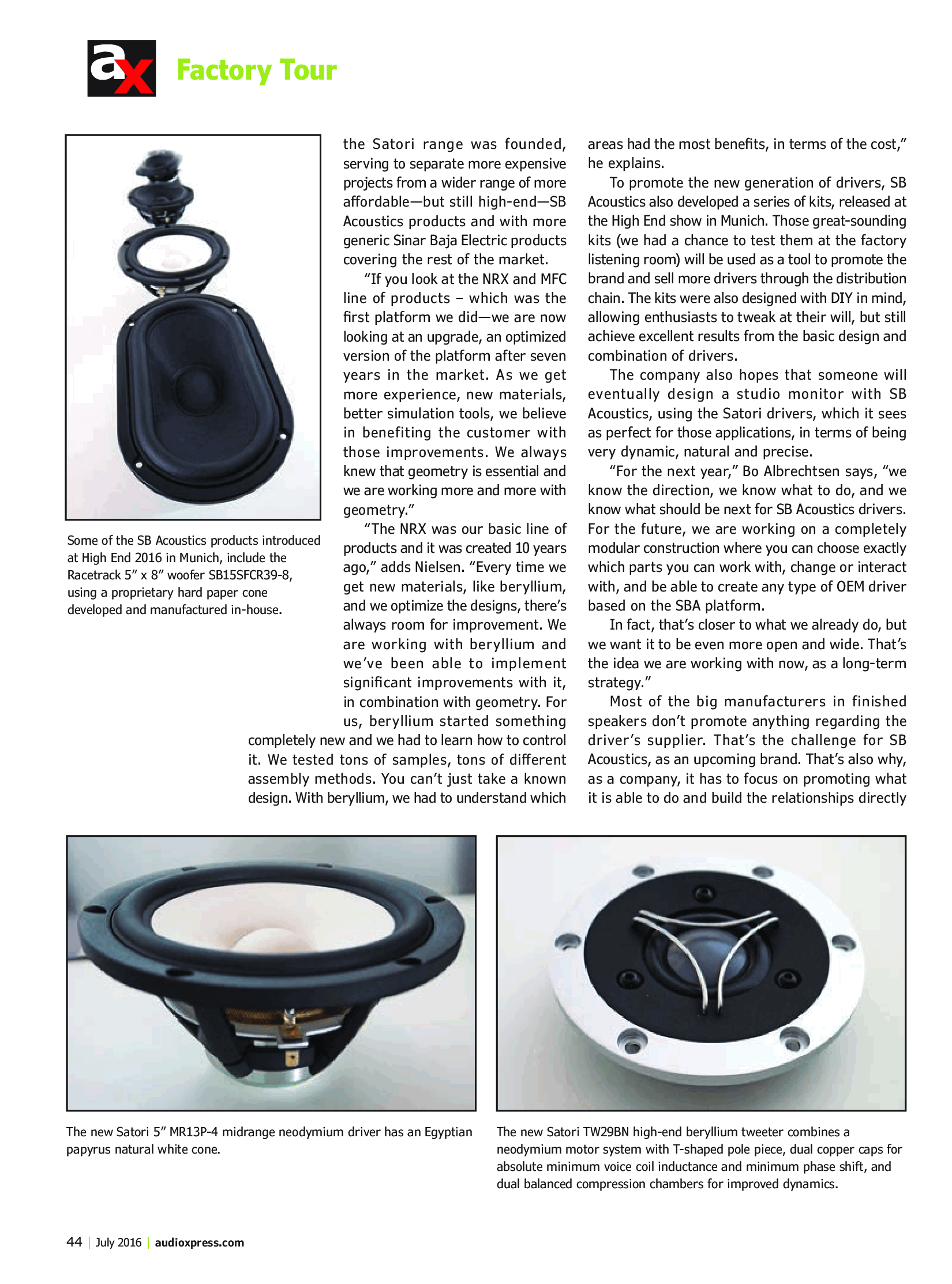 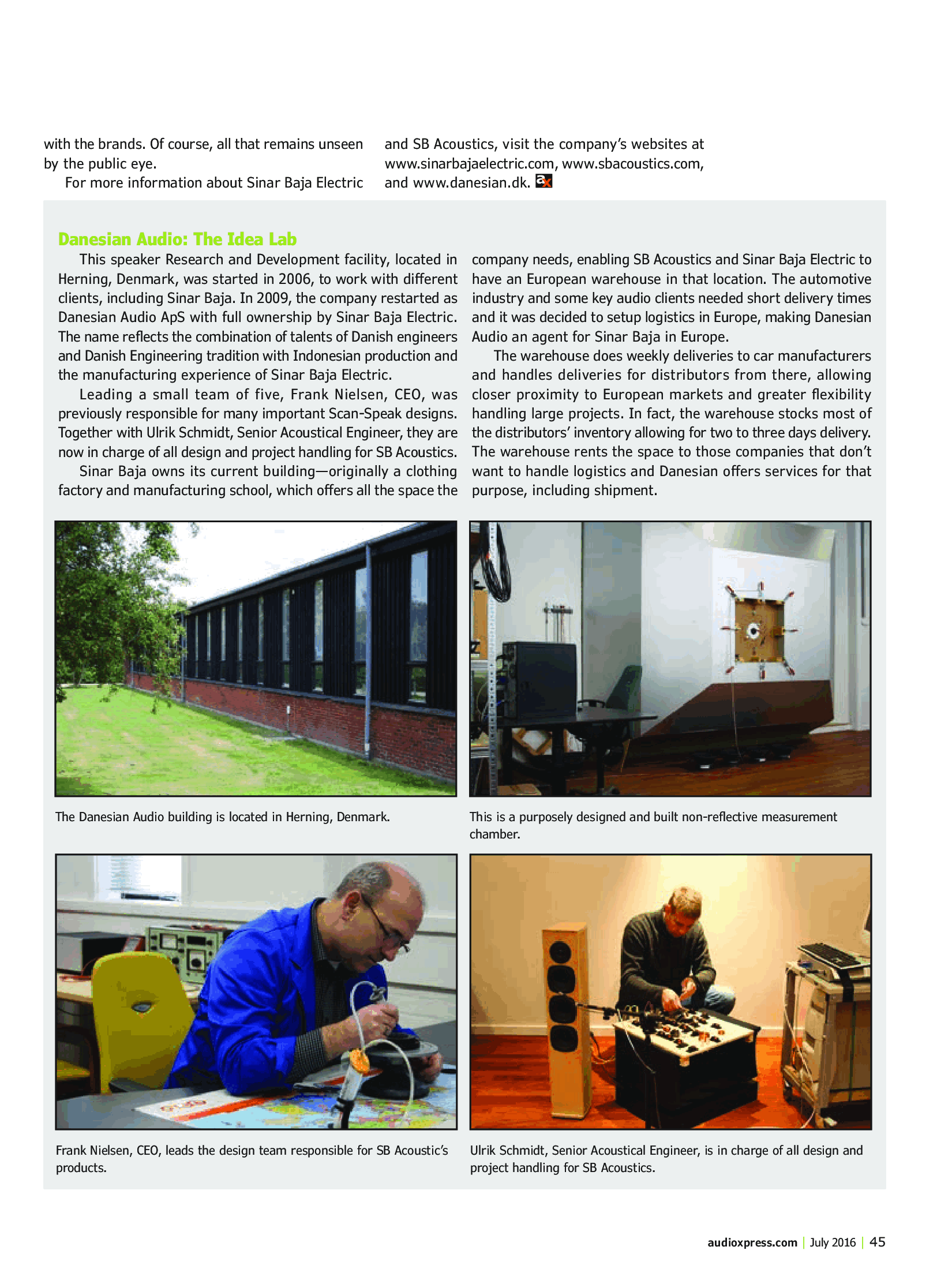 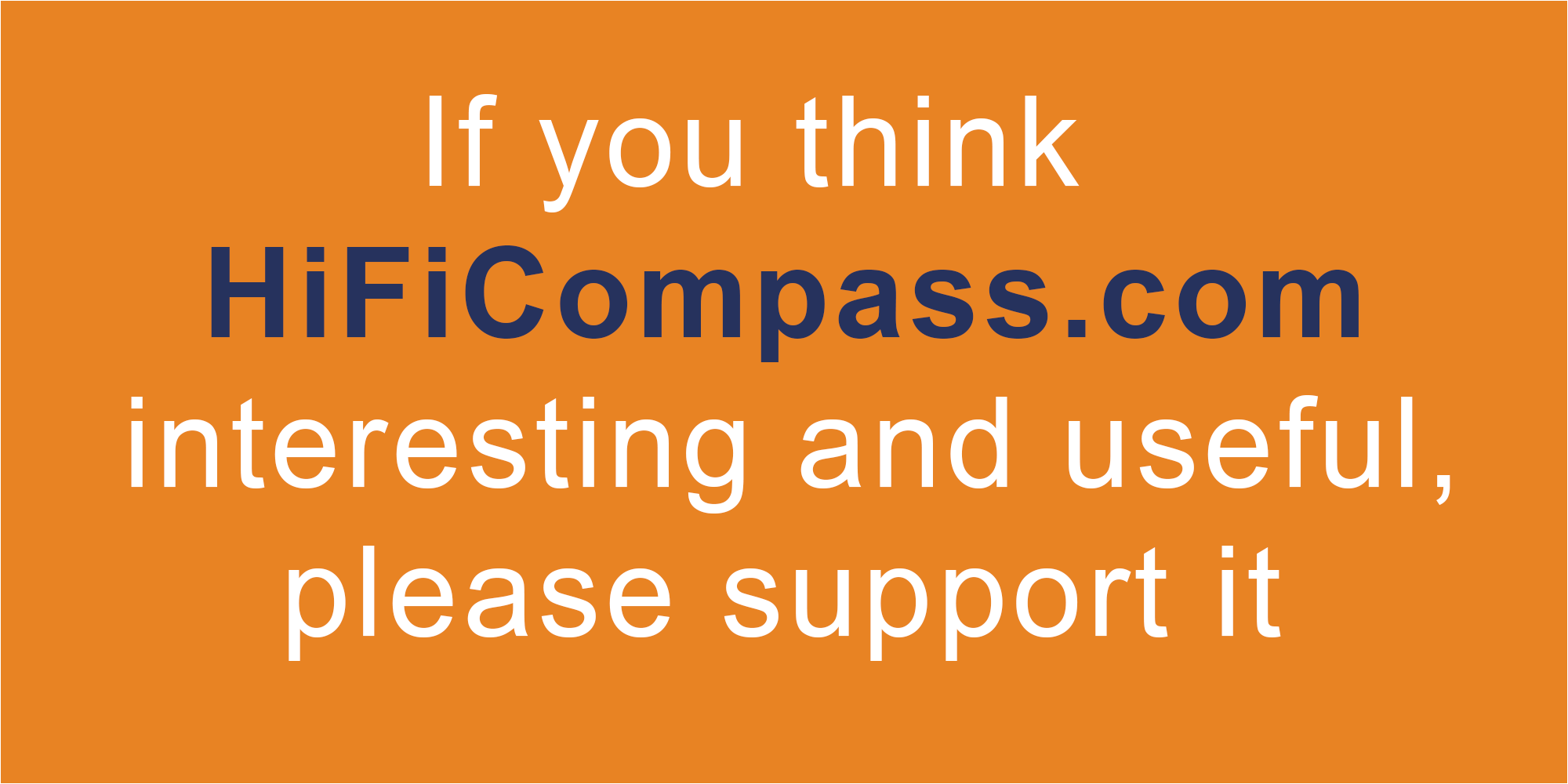